Athirappilly Falls, is situated in Athirappilly Panchayat in Chalakudy Taluk of Thrissur District in Kerala, India on the Chalakudy River, which originates from the upper reaches of the Western Ghats at the entrance to the Sholayar ranges. It is the largest waterfall in Kerala, which stands tall at 80 feet.

It is nicknamed the Niagra of India.

Just a short drive from Athirappilly is the Vazhachal falls, which is close to dense green forests that are home to many endangered and endemic species of flora and fauna.

Distance from the college: 20.7km 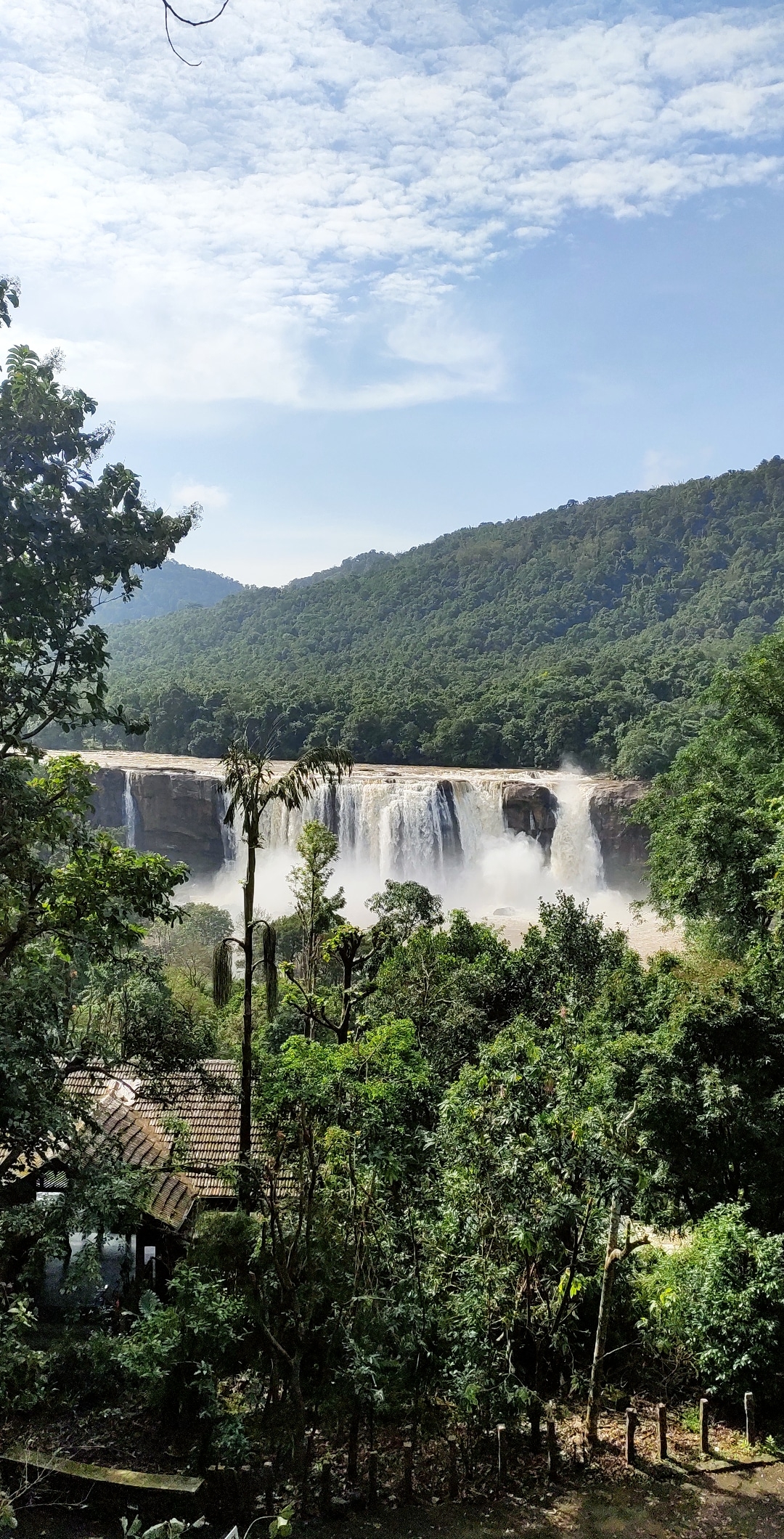 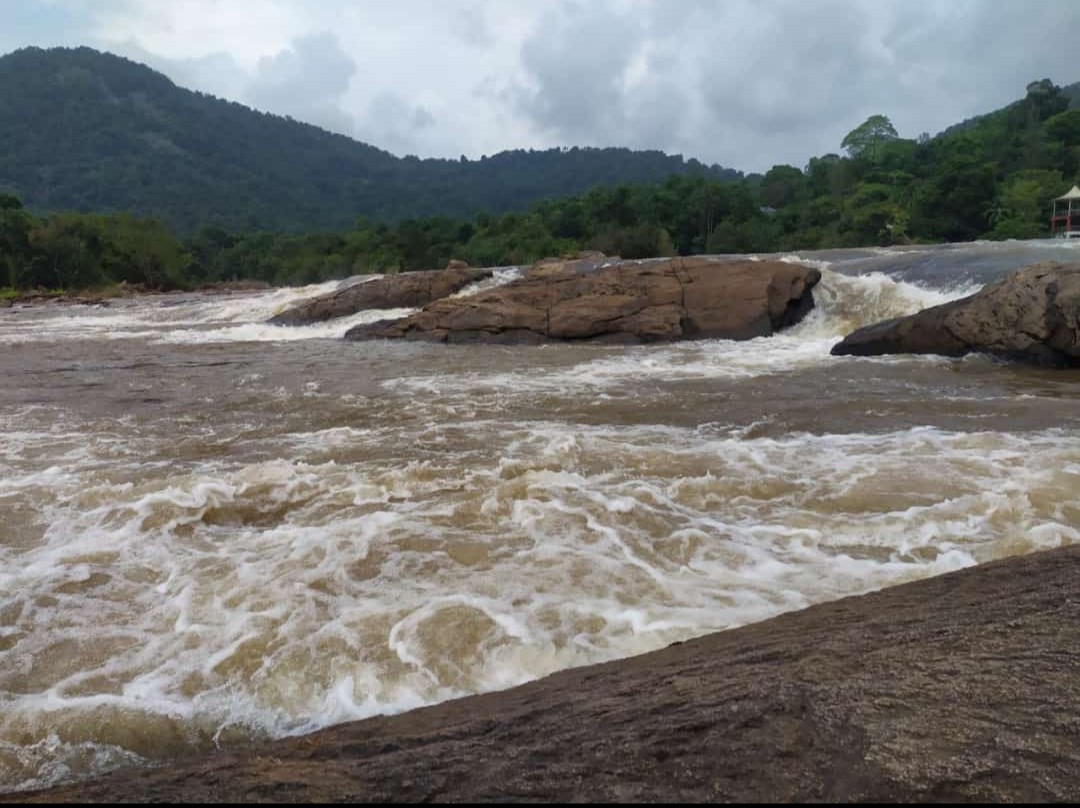 Ezhattumugham is a rural village in the Ernakulam district of Kerala. Quaint and serene, the river Chalakudy at [1] Ezhattumugham is a picture postcard coming to life – its flow punctuated by islets of greenery and boulders of all sizes and trees growing right in the middle of the gently moving water. A full-grown tree surrounded and nurtured by flowing water is a sight one cannot easily forget. And the mini waterfalls, which not only tickle your feet, but also remind you of the gentle force of water.

Distance from the college: 12.6km

The Malayatoor Church is situated atop the 609 m high Malayatoor Hill. The church is dedicated to St. Thomas, who is believed to have prayed at this shrine. One of the most important Christian pilgrim centres in Kerala, this holy shrine attracts devotees in very large numbers not only from Kerala but also from the neighbouring states. This famous church is situated at Kurisumudi,[2] a verdant hill in the Western Ghats girdled partially by the Periyar (river). The Church has a life-size statue of St. Thomas and the imprint of the feet of the Apostle on a rock. This shrine has now been accorded an international pilgrimage station.

Distance from the college: 13.9km 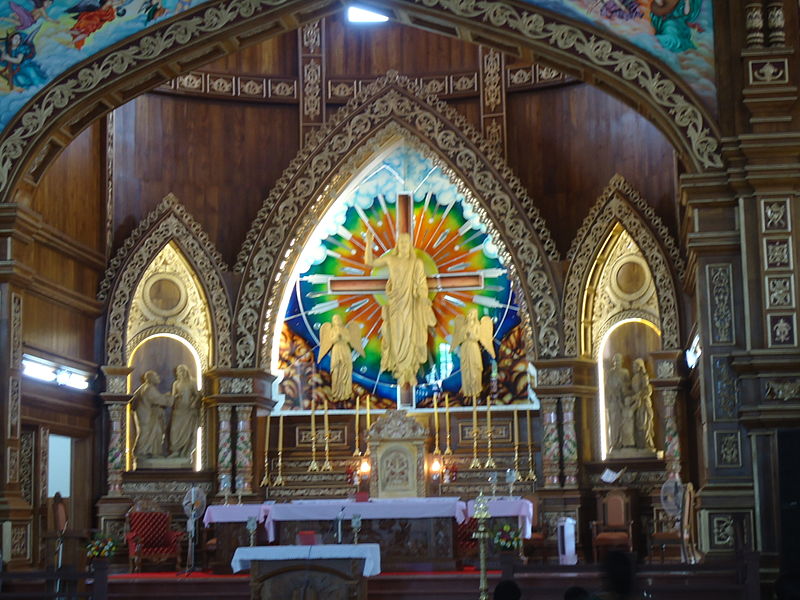 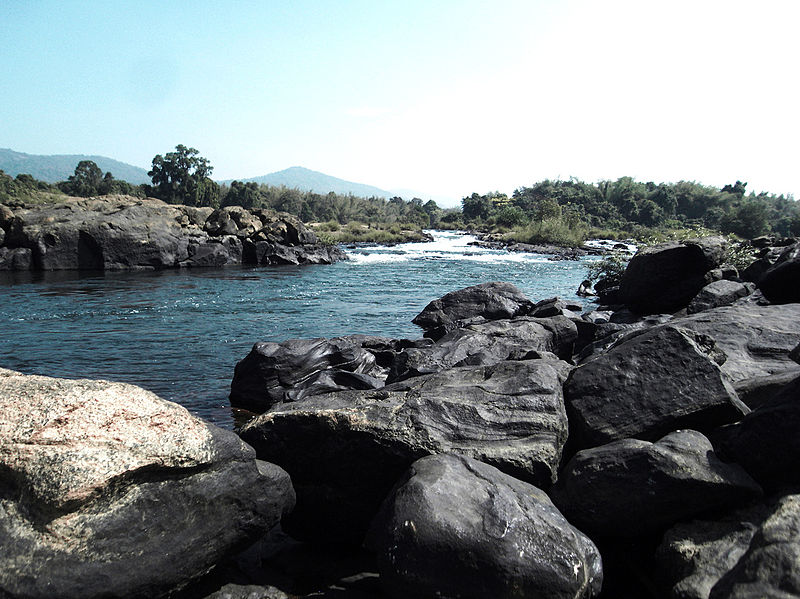 Although not a popular waterfall destination in the exact sense of the word, water and rocks together make for a picturesque scene at Panieli Poru, a little known spot on the eastern tracts of Ernakulam district. Situated along the Malayattoor forest tracts, 20 km from Perumbavoor, the place casts an enchanting spell that mesmerises the visitor. The Periyar gushes along the rocky terrain here.The rivulets of the Periyar, having separated upstream, join hands at the spot and continue the onward journey. The flowing water makes a symphony along with the chirping of the birds in the nearby forest. It is indeed an alluring locale for those who have a love for natures splendour.

Distance from the college: 28.5km

The Thattekkad Bird Sanctuary, covering an area of barely 25 km2, and located about 12 km from Kothamangalam (Kerala state, India), was the first bird sanctuary in Kerala. Salim Ali, one of the best known ornithologist described this sanctuary as the richest bird habitat on peninsular India. Thattekkad literally means flat forest, and the region is an evergreen low-land forest located between the branches of Periyar River, the longest river in Kerala.

Distance from the college: 49.8km 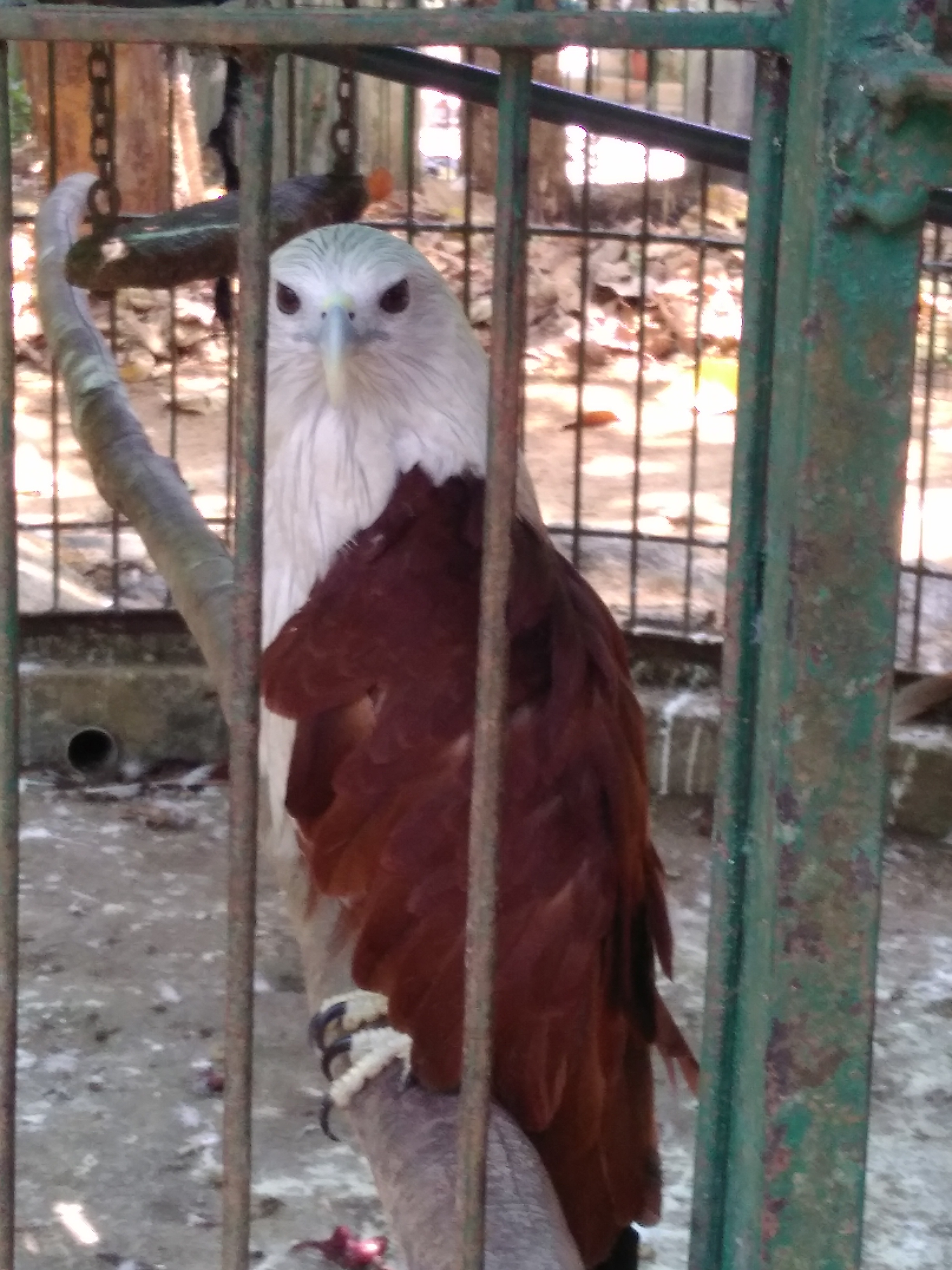 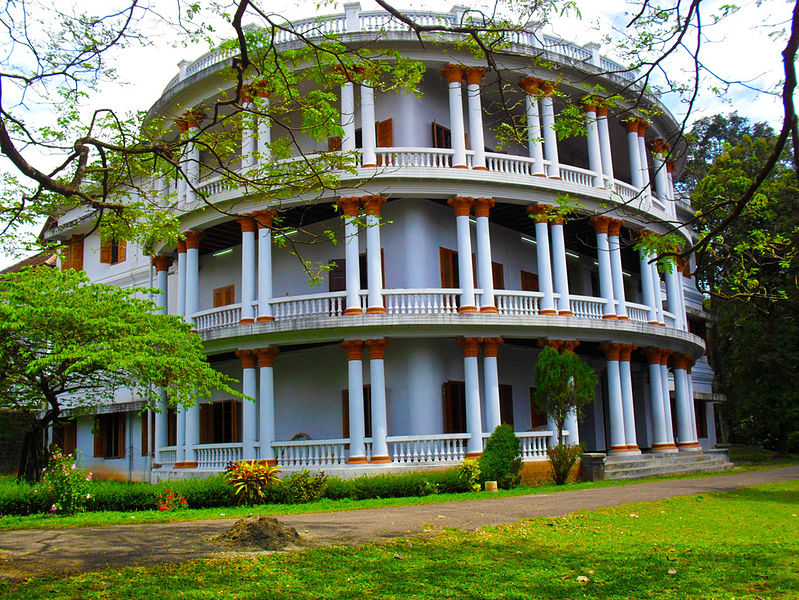 Hill Palace is the largest archeological museum in Kerala, located at Tripunithura, Kochi. It was the imperial administrative office and official residence of Cochin Maharaja. Built in 1865, the palace complex consists of 49 buildings in the traditional architectural style, spreading across 54 acres (220,000 m2). The complex has an archaeological museum, a heritage museum, a deer park, a pre-historic park and a children’s park. The campus of the museum is home to several rare species of medicinal plants.

Distance from the college: 41.1km

Cherai Beach is a beach located in Cherai, northern side of Vypin Island. A suburb of the city Kochi in the state of Kerala, India. One of the most visited beaches in the state, it is around 10 km long and is ideal for swimming as the tide is mostly low and the waves are gentle. It is known for frequent dolphin sightings. It is one of the few places where the backwaters and the sea can be seen in a single frame.

Distance from the college: 35.1km 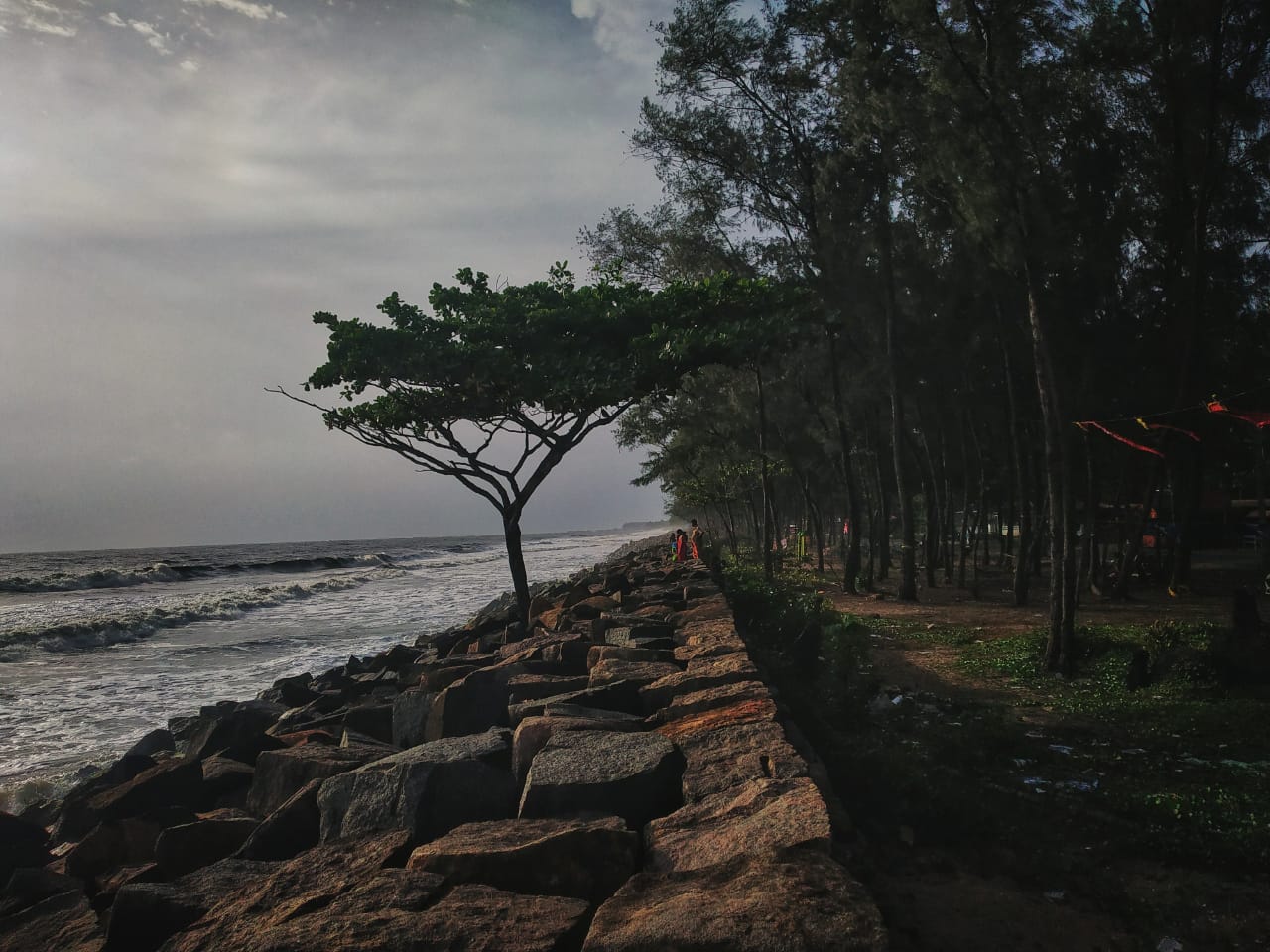 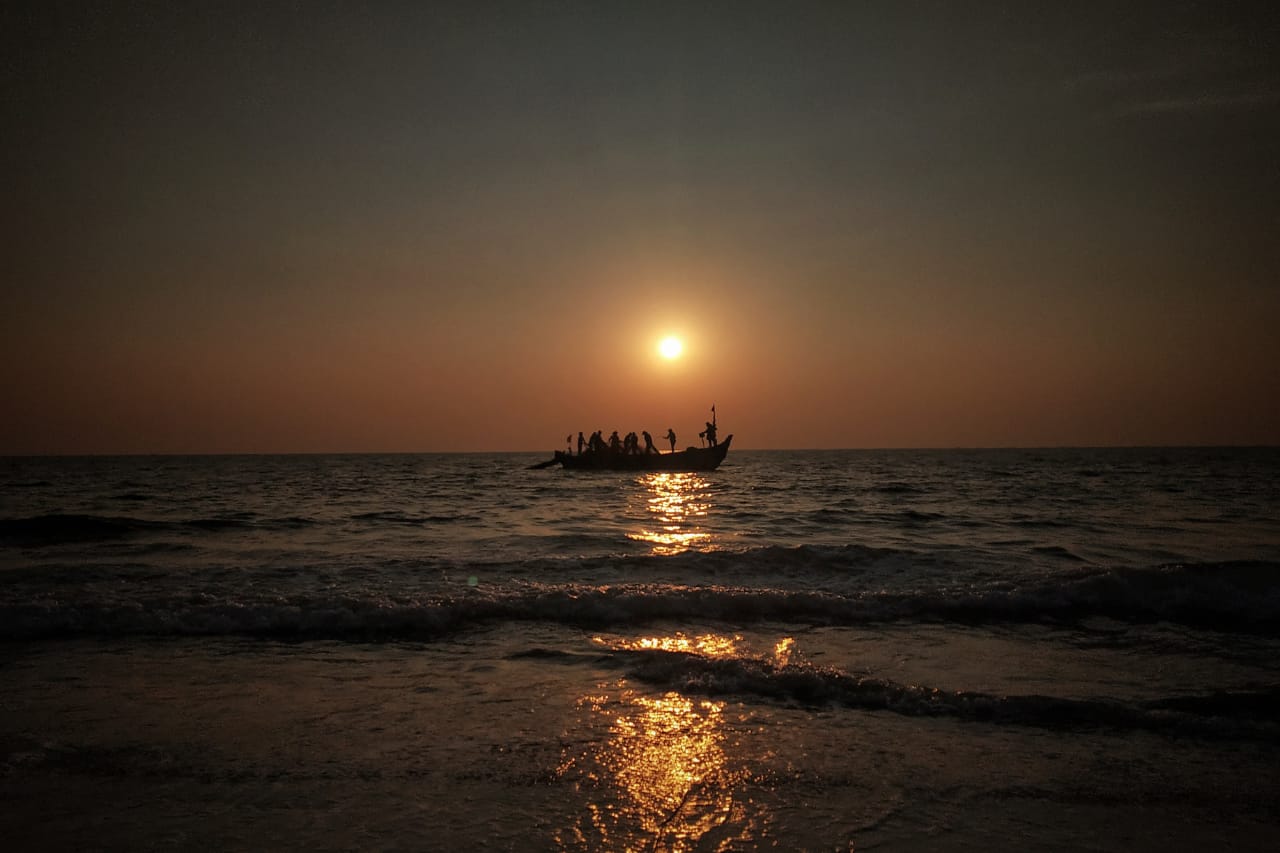 Fort Kochi beach is a beach along the Arabian Sea situated in Fort Kochi in the city of Kochi in South India, Kerala state. Unique views and point of interests are the Chinese fishing nets, the jetty towards the Vembanad Lake to the Kerala backwaters. Colonial-style bungalows can be seen along the shoreline, as well as the Vasco da Gama square, the remains of Fort Emmanuel along the granite walkway and lots of small stalls, which make traditional cuisines using freshly caught fish.

Distance from the college: 53.1km

The Jewish Synagogue is the oldest active synagogue in the Commonwealth of Nations. The synagogue is located in the quarter of Old Cochin known as Jew Town, and is the only one of the seven synagogues in the area still in use.

Distance from the college: 50.6km 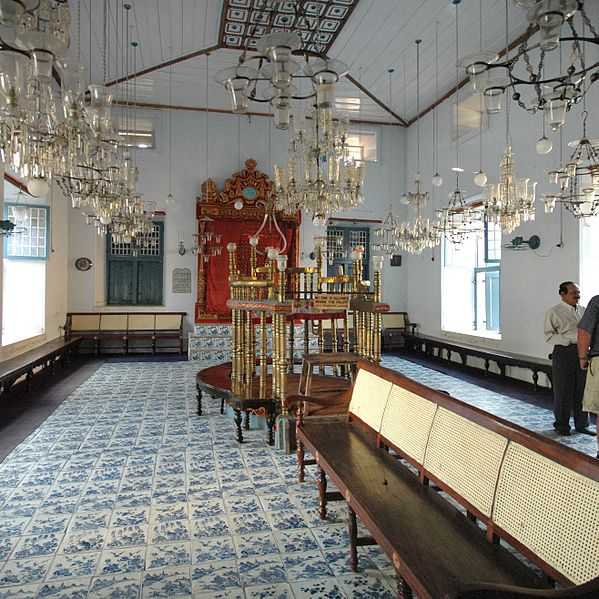 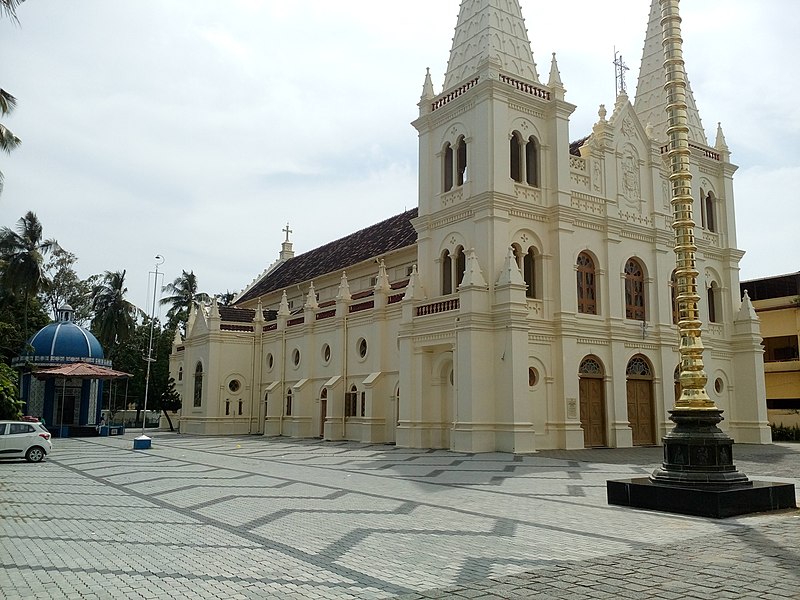 The Santa Cruz Cathedral Basilica at Fort Kochi is one of the eight Basilicas in Kerala. Counted as one of the heritage edifices of Kerala, this church is one of the finest and most impressive churches in India and visited by tourists the whole year round. It is a place of devotion as well as a center of historic significance, endowed with architectural and artistic grandeur and colours of the gothic style.

Distance from the college: 45.5km

The Mattancherry Palace is a Portuguese palace popularly known as the Dutch Palace, in Mattancherry, Kochi, in the Indian state of Kerala which features Kerala murals depicting portraits and exhibits of the Rajas of Kochi. The palace was included in the "tentative list" of UNESCO World Heritage Site.

Distance from the college: 50.8km 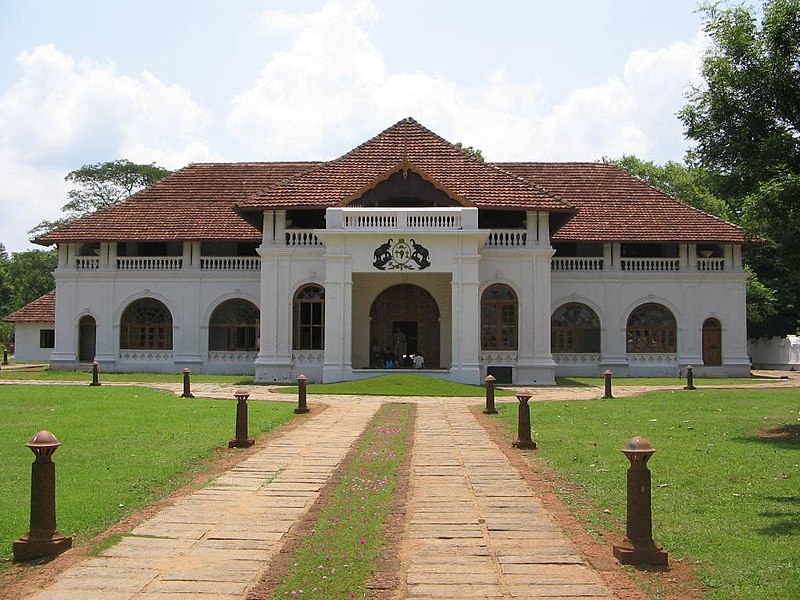 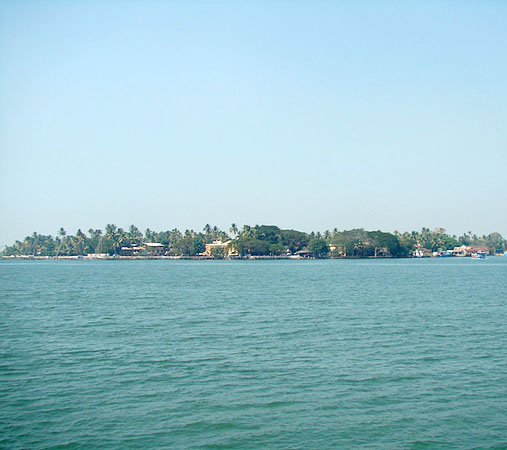 Vypin or Vypeen (Malayalam: വൈപ്പിന്‍ Portuguese: Vaipim) is one of the group of islands that form part of the city of Kochi, in the South Indian state of Kerala. Vypin is one of the densely populated islands in Asia. The island is about 27 kilometres (17 mi) long and is connected to mainland Kochi by a series of bridges known as the Goshree bridges. There are ten lighthouses in Kerala, one of which is situated at Puthuvype Beach. There are regular boat services from Fort Kochi to Vypin Island.

Distance from the college: 40.6km

Munnar rises as three mountain streams merge - Mudrapuzha, Nallathanni and Kundala. 1,600 m above sea level, this hill station was once the summer resort of the erstwhile British Government in South India. One of the most sought after honeymoon destinations in Kerala, Munnar is replete with resorts and logding facilities that fit a wide rage of budgets. Sprawling tea plantations, picturesque towns, winding lanes and holiday facilities make this a popular resort town. Among the exotic flora found in the forests and grasslands here is the Neelakurinji. This flower which bathes the hills in blue once in every twelve years, will bloom next in 2030. Munnar also has the highest peak in South India, Anamudi, which towers over 2,695 m.

Distance from the college: 113.2km 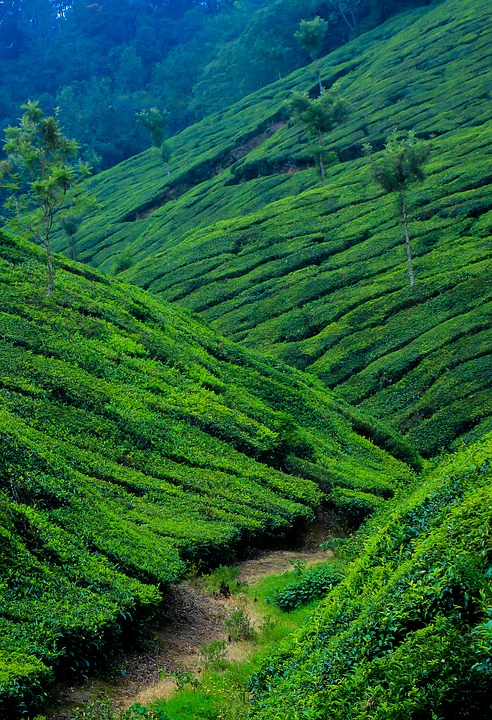 Kalady town located between Angamaly and Perumbavoor, east of the Periyar river. It is notable as the birthplace of 8th century Indian philosopher and theologian Adi Shankara.

Distance from the college: 12.5km

Places to visit in Kalady

Click on the markers on the map to view more details about these places.